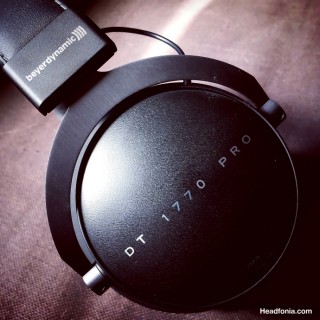 The German Beyerdynamic recently has been renewing their existing line-up with a rev 2 of their existing best-sellers like the T1.2. Most of these “new” headphones feature a removable cable and that makes me and a whole lot of other “audiophiles” very happy.

A couple of months ago the PRO branch of Beyerdynamic released a new PRO headphone with the DT1770PRO, a closed reference studio monitoring headphones for mixing, mastering, monitoring and recording. Everyone of course knows the classic DT770PRO which has been around like forever and so Beyerdynamic decided it was time to let the DT770PRO evolve. The DT1770PRO is the first PROfessional closed headphone using the Beyerdynamic Tesla 2.0 technology. A few weeks later at IFA 2016, Beyerdynamic launched the open version of this headphone, called the DT1990PRO which we reviewed a few weeks ago already. I have spent several weeks listening to both of these headphones at the office for over 7 hours a day. I like both but they both have their own characteristics. 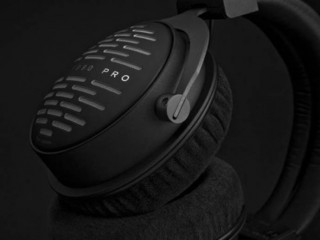 For decades now, users all around the world have been putting their trust in the DT770PRO studio headphones. They are the number one choice for music producers, sound technicians, broadcast users and even us audio fans. The DT770PRO simply is an established piece of equipment in studios, offices and living rooms worldwide. Beyerdynamic felt it was time to update their masterpiece using the latest technologies and so they created the DT1770PRO, the first professional headphone with their already famous Tesla 2.0 technology.  Beyerdynamic describes the circumaural (over ear) DT1770PRO as a closed studio reference headphones for mixing, mastering, monitoring and recording and it is the evolution of a studio legend. The DT1770PRO is rated at 250 Ohms and uses the 45 mm dynamic Tesla neodymium driver.

Like the DT1990PRO the DT1770PRO features a new headband compared to the “old” DT770PRO. It feels better on your head, it’s softer and the used materials are a whole lot nicer. The cable entry is single-sided (left side) and as mentioned the cable now is detachable. Beyerdynamic uses a single mini XLR, just like Audeze and AKG do. The headband structure with the typical Beyerdynamic yokes of course still is the same but with the new headband and the new replaceable velour ear pads, the DT1770PRO has even become more comfortable. Weighing 388gr, the DT1770PRO’s weight is very normal even though the original DT770PRO only weighs 270gr. The headband spreads the weight evenly over the top of your head and the pads have just the right amount of pressure on the side of your head, it’s comfortable for longer periods of time. The cable at the source’s end is terminated in a gold-plated mini stereo jack plug (3.5 mm) & 1/4″ adapter (6.35 mm). Fans of “balanced” headphones/sound will have to do some extensive rewiring to get there.

The DT1770PRO comes delivered in a great new style portable semi hard protective case, which holds the extra pair of leatherette pads and both of the straight and coiled cables.  I myself prefer using the straight cable as it allows me to easier roll my chair in different directions without the DT1770PRO trying to fly from my head. Overall the DT1770PRO has great build quality – as usual – but the quality of the materials used in the new DT1770PRO just is level up, giving it a higher level finish. The unit simply oozes luxury and comfort where the DT770PRO looked more like a work horse. Don’t get me wrong as I really like the robust look of the DT770PRO but the DT1770PRO just has a better, higher-end finish. Beyerdynamic puts it this way: “Compared to the more basic DT770, the DT 1770 PRO features a more modern and classy design with discrete elegance. All components are replaceable and ensure a long lifetime of the headphone for which Beyerdynamic is known for.” 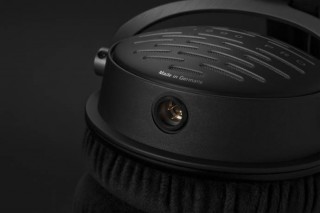 The Classic DT770PRO is still available and the market price is somewhere around $139/€125 which is why we love it so much: the price/quality ratio simply is huge. Because of this low price a lot of audiophiles are saying the new DT1770PRO which is officially priced at €599/$599 is too expensive but they’re forgetting the new DT1770PRO is using the new Tesla technology together with better finished top quality components and a luxurious carrying case that wasn’t there before. And of course there’s the increase in sound quality. To me the €/$599 is fully justified, keep reading.

According to Beyer the DT1770PRO has brilliant highs and a warm bass that give you a perfect sound profile unmatched by any other headphones of their kind. They’re right about the bass and treble.

“Due to its closed design with a high ambient noise attenuation and an enormous maximum sound pressure level, the DT 1770 PRO is ideal for musicians, sound engineers and producers for professional studio or monitoring applications. The efficient Tesla 2.0 drivers ensure a perfect sound with an excellent resolution, spaciousness and high output level. Perfect for mixing and mastering in the studio. Their extremely high level of efficiency is useful for users in loud environments such as sound engineers when listening to PA systems or musicians.”

Beyerdynamic has a point. For a closed PRO/monitor headphone the DT1770PRO performs really well: excellent resolution (just like the DT1990), great precision, detail and dynamics. The DT1770PRO delivers a precise and rich sound with great layering. For a closed headphone the sound stage and separation is really good and it gives the impression of a spacious sound (yet not so much as in the open version of course). If you’re used to listening to open headphones like the HD800 in example, than this DT1770 will still sound more concentrated, but it actually sounds fairly spacious for a closed headphone.