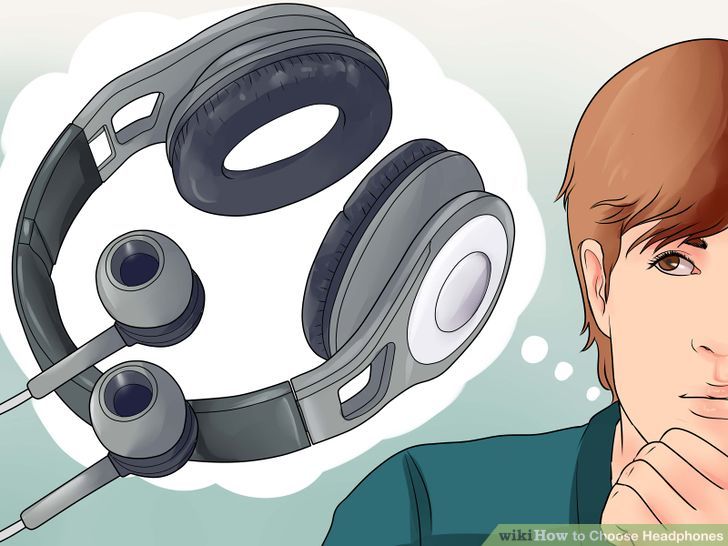 Well! Today I will share with you the headphones’ buying guide here and hope to help you. 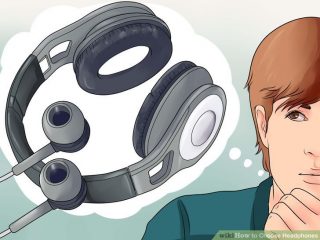 Rule 1: There Is No Best Headphone

The key is to get the right headphone for your music, not the most expensive headphone your budget allows. The number one rule to understand when embarking on your headphone-search journey is to understand that there is no one headphone to rule them all. Like automobiles, headphones are made for different purposes. You have the supercars, roadsters, SUVs, 4x4s, sedans, to the compacts, and you chose what’s best for your day to day needs. There is no one car that can tackle snow and win races on the drag strip. The sooner you understand this fact, the more money you will save.

Dale: Some of the most important things to consider in selecting a headphone are the fit, any power requirements, portability, appearance if used in public, and whether the sound is oriented toward what you mostly listen to.

The fit isn’t always an easy thing to be sure of when you can’t try before buying, since some ear pads will not have a satisfactory fit to some ears. Power requirements aren’t a simple matter of looking at the impedance, since efficiency or sensitivity doesn’t always track directly with impedance. Another issue indirectly related to power requirements are whether the headphone has the option for ‘balanced’ use or some other connection that isn’t a 3.5 mm or 6.35 mm jack and plug.

Portability can mean many things, such as appearance in public, having a secure fit so the headphone doesn’t shift off of your ears, amount of isolation from ambient noise (including active noise canceling), whether the headphone can be worn around the neck when not listening or it requires a carry case, and when extra amplification is required, whether a suitable amp can be found that’s OK to carry along with the portable music player.

If you think about it, a typical Rock song and a typical Classical track are very different. The presentation of the music is different, the instruments involved, the energy of the music, even the way they are recorded are different! Therefore, you need to adjust your headphone choice to fit your particular music.

After listening to lots and lots of headphones, we discovered that certain headphones have the right qualities for Rock, and another for Classical, and yet another for Electronica. We refer to this as the sound signature, or the character of the headphone. Don’t ask me why headphones have characters, just take our word for it.

Again, back on the automobile analogy. If you’re driving in downtown Chicago after winter time, the road is full of potholes. It would be nice to be riding in a nice SUV, rather than typical sports car with a fully stiff suspension. It doesn’t matter if your sports car happen to cost three times the cost of the SUV, it’s just the wrong car for the road. Likewise headphones. A $1,000 headphone can sound very awful on the wrong music. Don’t believe me? Try listening to Linkin Park with the $1,800 Sennheiser HD800. You will wonder where that $1,800 went.

Dale: The examples listed above are good general rules, but there also are so many exceptions and in-betweens that it also could be better to understand what is needed for your music, so you can narrow the search to the most appropriate headphones. For example, you may have heard that Classical music is a particular genre, but within that ‘genre’ are many very different types of music. Chamber music or pipe organ music may benefit from a headphone that’s highly detailed in the treble (a headphone that some users might say is bright), while harpsichord music and music that has a lot of strong trumpet sounds might be better served with a more rounded or softer treble.

Rule 3: More Headphones Is Better Than One Headphone

This is why headphones are so fun. It’s easy to switch from one pair to the next. Imagine if you were listening to speakers, you would need three different rooms to set up your three different speaker sets.

Dale: It’s really the same with any genre or sub-genre of music, that the sound from different artists and tracks can vary a lot, so having more than one headphone is a plus. When only one headphone is available at a particular time (portable use especially), one option is to use a headphone that can accommodate a wide range of genres, in which case there may be compromises to consider. Another option is to carry two headphones – one on the head or around the neck and another in a carry case. Some of the small headphones can make this easy to do.

Rule 4: Open Back vs Closed Back

Open back usually results in more natural sound, but they leak sound in and out. This means you probably can’t use them in a library or a plane flight since the sound of your music will leak out and disturb the people around you. You also can’t use them on loud public places since noise from the outside will disturb your music. Therefore, even though open back would give you more natural reproduction, for these reasons their use is limited to mostly at home or in the office (if you have your own space that is).

Closed back are not always inferior to open back headphones. They are usually easier to drive, making them a good choice for portable set ups. They also tend to have punchier bass which is good with most mainstream modern music.

So the bottom line is closed-back headphones are usually more practical and are easier to live with. Open-back headphones on the other hand have the potential to sound extremely good.

Dale: The examples listed here are good general rules, but one thing to keep in mind is in the mid-to-lower price tiers, open-back headphones aren’t nearly as common as the closed types. The smaller list of choices, and the more limited reviews of those items, could make getting a perfect fit more difficult. Sound stage and openness are often given as the advantage of the open-back types, but it’s just a general rule and some closed-back headphones excel at those properties. An important thing to consider is the music itself, since sound stage and perspective varies widely in different recordings.

Dale: There are so many types of amplifiers (and DAC’s with amplifiers) that there is no shortcut for studying all of the options, unless you settle for the most generic approach. Important things to consider are power – if you don’t have enough power for your headphone and the dynamics in the music, clipping will result. Sometimes the clipping is “soft” and not readily noticed, but eventually you would discover that much of the detail goes missing or gets veiled with limited dynamics. Another consideration is whether to use a DAC, which may be a separate DAC or built into the same enclosure as the amp. Most DACs will improve the sound over the DACs that are built into computers, but when a DAC is available to replace the DAC built into most cellphones and low to mid-priced music players, you can usually expect a much greater improvement.

Rule 6: Garbage in = Garbage Out

Garbage in = Garbage out (GIGO) is a popular phrase used to emphasize the importance of a good source. This can be the soundcard in your laptop, the quality of your portable audio player, or the CD player you’re using for music listening. Those fall into the “Source” category. The better your source is, the better the sound will be at the headphone end. This is why we are seeing more and more audiophile digital audio players (audiophile DAPs). They are expensive but they sound good.