Recently, Audio46 gotten a lot of questions regarding the new FiiO X5 III portable player and how it stacks up against its predecessor, the FiiO X5 II.  At a price of $399, the X5 III is only marginally more expensive than the older version.  But are the improvements worth the extra cash? 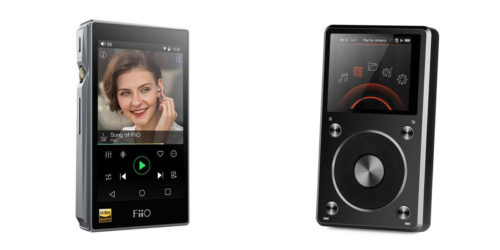 The FiiO X5 II and X5 III offer almost identical proportions, though the X5 III offers slightly less weight.   While the X5 II offers an older iPod-esque scroll wheel and screen, the entire front plate of the newer version is dominated by a large touchscreen.

Controls, though switched around on the newer model, are much the same as they were on the FiiO X5 II.  Even without reading a manual, it was still quite easy for me to pick up the new controls.

Perhaps the most obvious difference at first listen, the X5 III sounds more exacting in terms of detail.  If there are imperfections in any recording the X5 III will draw attention to them.  While this won’t be an issue for high-quality tracks, the X5 II is decidedly more forgiving when it comes to these lo-fi tunes.

Compatibility between the two models remains relatively neck-and-neck.  Although the older FiiO X5 II could handle DSD files with ease, its replacement offers even more compatibility with this type of file – and with richer variants, too.

As far as headphones go, the older X5 can handle any impedance up to 300 ohms (purportedly), while the newer X5 III maxes out at 150 ohms.  In our tests, though, we found using that any headphone over 100 ohms pretty much required an amp to keep sound quality up to snuff.

The newer X5 III packs dual processors for a richer sound.  And that sound is nothing short of miraculous – for higher quality recordings.  More lo-fi tracks really start to show their faults when played through the hyper-detailed X5 III.

I’d  still recommend the X5 II for people who listen to older recordings.  I have a TON of Dinah Washington material in my music library, but due to these songs being older recordings, playing them on the X5 III is a pretty lousy experience.

Bluetooth and Wifi on the new X5 III are a dream to use.  This will probably be the biggest reason for most FiiO fans to upgrade, and they should know that the process is easy and straightforward, without the run-around you get from some devices.

At $399, the new FiiO X5 III offers more connectivity, more storage, and more detail than it’s predecessor.  Those preferring older lo-fi tunes may wish to hold onto their older FiiO X5 II, but for everyone else, the X5 III is the smarter, faster, and more detailed choice.

See more in the FiiO Store at Audio46!