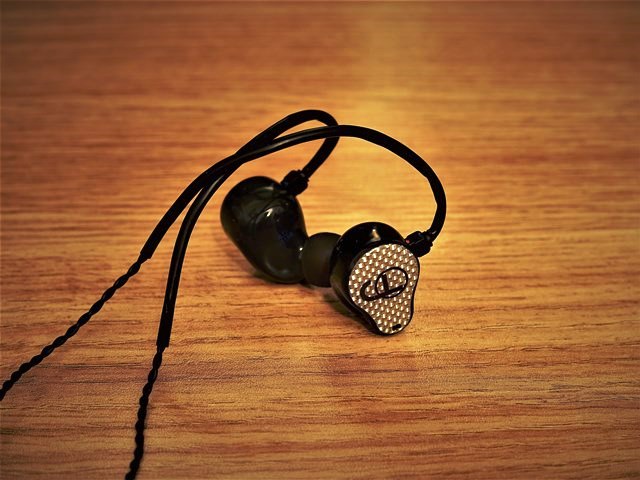 Cypher Labs is famous for their high performing amplifiers and DACs. Before the Austru, Cypher Labs had built C6IEM and it was their first ever. Well! Today I will share with you my review of the high performing Cypher labs Austru. 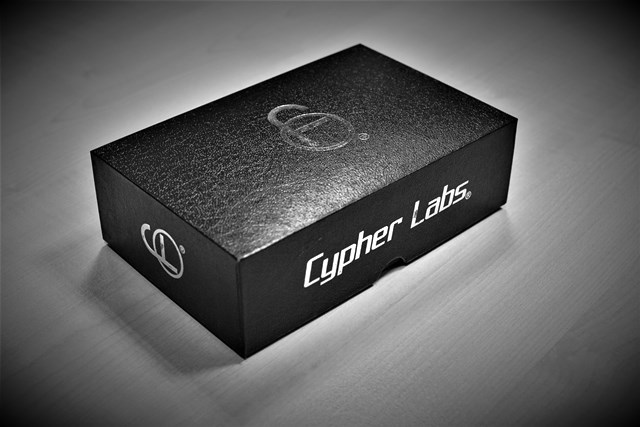 The box contains all the classic things you would expect: Lots of tips, a Pelican case, a soft case, a cleaning tool and some documents about Cypher Labs and the Austru. I mostly liked the richness of the tips. There are 3 pairs of Shure-olive type foams, 4 pairs of gray foam tips and 3 pairs of silicones. Including many tips in a Universal IEM box is crucial IMO as this way there’s more chance to find the proper fit to your ears. The Pelican Case is a nice bonus as well so nicely done by Cypher Labs.

Build quality is excellent and I didn’t expect any different from Cypher Labs. The 2-pin cables sit deeply inside the recessed connectors, the faceplate looks great and the rest of the shell is very very sturdy. The transition from the actual shell to the faceplate is completely seamless and smooth. The nozzles are made from metal which is perfect. I can easily say this is one of the better IEM’s I’ve experienced regarding build quality.

Its design is slick; bright silver faceplates and a black coloured shell. They look cool in my ears and they show their presence. It is quite big in size, as expected, but fortunately it doesn’t make you feel uncomfortable in general use. Austru has a rounded shape and a good nozzle angle and therefore despite being a little bulky, the physical comfort is great. So we have a good shell design by CL here, as it’s better than many universal monitors regarding comfort. The nozzles have aluminum filters as far as I can see, therefore keeping them clean could be important for not blocking the sound in the long run.

Isolation is not outstanding but certainly not bad either. As usual, foam tips block the sound better but the silicone ones deliver a more sparkling sound. In addition, black foams give the best low end response to my ears. When using silicone tips the isolation is quite nice when the music is on so you shouldn’t face any isolation problems with the right size. But again, the best isolation comes with foams. Anyway, the fit is great and comfortable, so I didn’t feel the need for a superb isolation. 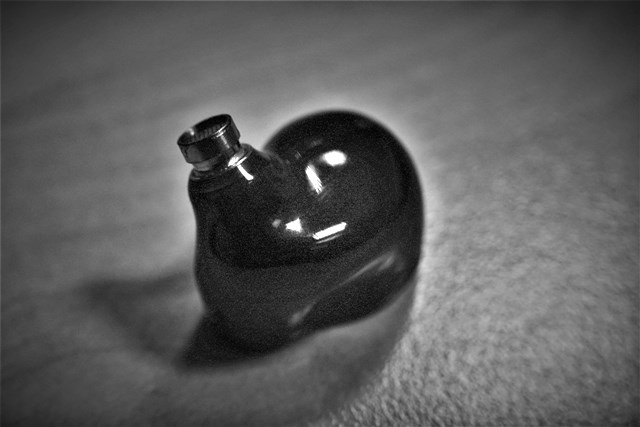 What I liked the most about the treble on the Austru is the control and non-aggressive approach. There’s not a single time that I heard a bothering, sibilant sound in this area. Everything is under control. Reminder; this is not a dark sounding monitor. They didn’t choose the easy way and just go for a dark IEM just to sound easy going but they have done an excellent job with the driver tuning for the highs instead. This deserves some praise. Treble sounds clean, open but not too bright at the same time.

The only negative point is the roll off. Lower treble is very good but once you try to focus on the highest parts you can notice the small lack of extension. As a consequence, this is not the IEM for perfectly extending highs. To get that you need to raise your budget to get those “diminishing returns”. Therefore, bear in mind that you simply can not get the best airiness around this price range. Maybe for this price they could’ve given a little more extending treble but I’m on the fence at this point. Because there are IEM’s that cost over 1000USD but still can’t give that kind of quality so I wouldn’t bear down this monitor because of that. 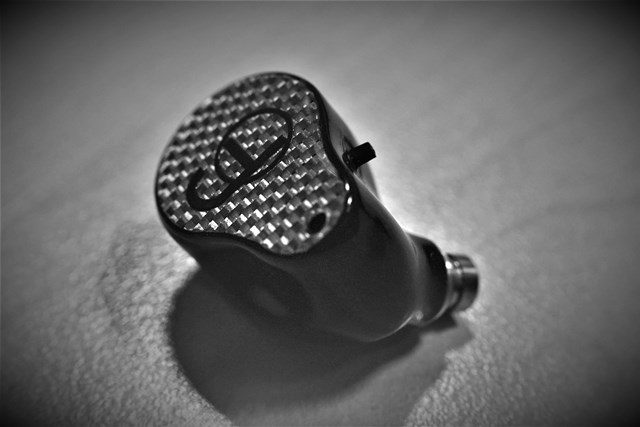 Separation between mids and highs is a very strong point of the Austru. It possesses an airy sound, but as I mentioned in bass section, midbass can be a little loose. That is the only apparent problem of the IEM in my opinion. I think it can be solved  by doing some kind of adjustment or tuning on the dynamic driver. If they can somehow improve this area, this will be a wonderful IEM without any issues.

In terms of source matching, I think Austru will work seamlessly with every kind of source because it’s a good all rounder and it’s not an extreme monitor. I mean it’s not fully flat or aggressive, it doesn’t have a big bass etc. So you don’t need to match it with a perfectly suitable source and that’s a good thing. But even so, I can recommend matching it with a source that has a good bass body. The driving factor is a important and you should take that into account as the Austru has a 75.9 ohm impedance and 112.85 dB sensitivity. As as result, some amount of power is handy. 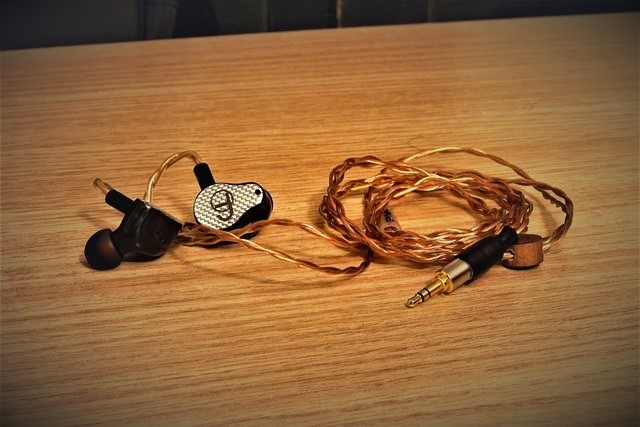 To check the difference, I decided to try the Custom No.5 cable from PW Audio, which was supplied with the Oriolus MKII. And wow, what a difference a cable makes! The IEM started to show it’s real potential with the aftermarket cable and that was a good reminder to me that IEM cables can make a big difference.

With the No.5 cable the separation became much better and especially the situation with the midbass was non-existent. When you focus on the voices in the recording, they are cleared from that small midbass bleeding. Positioning and separation was also better and because of these factors the stereo imaging was clearer and the low end response became more controlled as well. The highs were the same with a small amount of benefit to the resolution.

When I tested the Austru with the stock cable it performed good but when I switched to the PW audio cable, I realized that this IEM has more potential than what it showed in the first place. I’m really curious about getting more cables for the Austru now. Maybe a pure silver cable will make it even better as far as resolution and treble are concerned. Unfortunately I couldn’t test that as I don’t have other cables here to test for now but the sure thing is; Austru desperately improves with a good cable.

First of all I expected a bassy monitor to be honest but I was surprised to see it is not quite that bassy. Austru definitely is not for the bass heads but it’s not fully flat either. Don’t get me wrong, there just is less low end presence than I expected and that was the first surprise for me. Another surprise was the bass switch: I expected a big difference but the effect is not too big, even minimal I should say. So don’t expect you would have a big low end difference by flicking the switch, it’s a more subtle change.

Still, when the switch is not forward, low end is close to flat overall. When you push it forward, you get a more breaking through bass. So the change is there but it’s not super apparent, especially when you’re not listening to a bassy recording. But anyway it’s good to have the switch option. You don’t need any tools by the way, just flick the switch with your finger and you’re good to go. Not having an obligation to use a tool is nice, so the process is very quick.

The downside of that is that occasionally you accidentally flick the switch . The switch is not stiff, so when you push it a little with your finger it easily goes forward or backward. Therefore, when you touch the IEM’s to re-position them in your ears or when you take them out, there’s a chance to switch them accidentally. But putting them in the right position after is also seamless. So ultimately, I don’t think this is a issue.

The bass quantity is spot on in this IEM when the switch is forward. When it’s positioned on the back however, I didn’t like the response as it was a little flat for my personal liking. So to get the right amount of bass and body, I personally recommend to use the switch on the forward position. But of course you can choose not to do so, based on your own preferences. The good thing is, there’s no negative effect on other frequencies when you switch the setting, it really only affects the bass part. 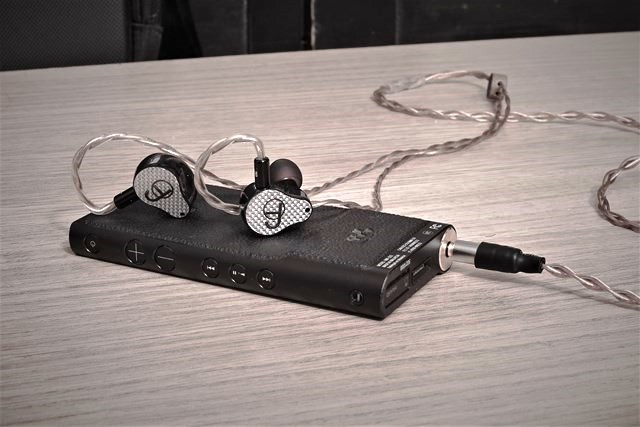 Lows give a natural feeling just like the other hybrids I’ve listened before but the separation of the low freq’s is not perfect. Especially the midbass area is somewhat bleeding into the vocals at certain points. This is not a desired situation of course but improvement is very much possible. I’m going to mention it in the upgrade cable section. For now I can say with the stock cable; the tightness and the recovery of the bass is very good thanks to the Dynamic Driver, but separation is not as good on midbass area.

I think the Austru is a promising IEM by Cypher Labs. They really show that they can build impressive IEM’s with a great build quality and sound. They only just need a little more critical tuning to come close to perfection. Other than that it’s a great IEM from top to bottom. Of course there are better IEM’s out there but to get even better, you will probably pay more than $1000 USD in today’s market.