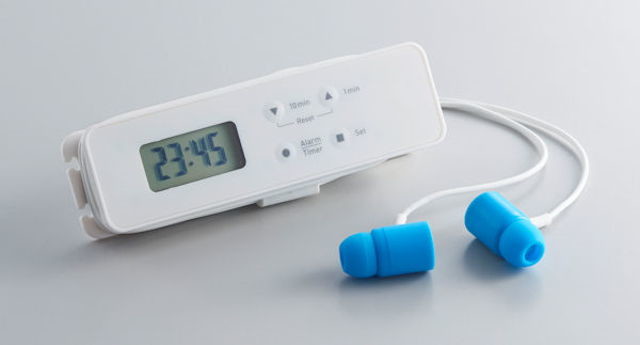 King Jim  might sound like a company that churns out cigarettes for your first impressiom.However they happen to be a manufacturer of quirking devices and gadgets actually, such as a mouse with an integrated camera that we have seen before. This time around, it would be a pair of earphones that will be able to double up as an alarm clock not by blasting the tune of your choice at the appointed time, but rather, to make use of the integrated motors to generate a gentle vibration. 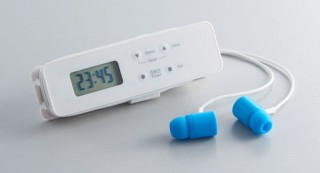 This pair of earphones, known as the “Mezamashi (alarm) Earphone NMR10,” would be best used when you are taking a nap while commuting or during your lunch break, targeting those who are unable to wake up because of a smartphone alarm, or do not want others to realize that you have set an alarm. You can also, of course, hook up this pair of unique earphones to a smartphone or other compatible musical playback device to have them function as a standard pair of earphones.

The vibration motors and driver units are inserted into the earholes, and as for the strength of vibration, those can be set at three different levels. It will run on a single AAA battery which should be able to last for up to half a year on average, with an asking price of $53 thereabouts.