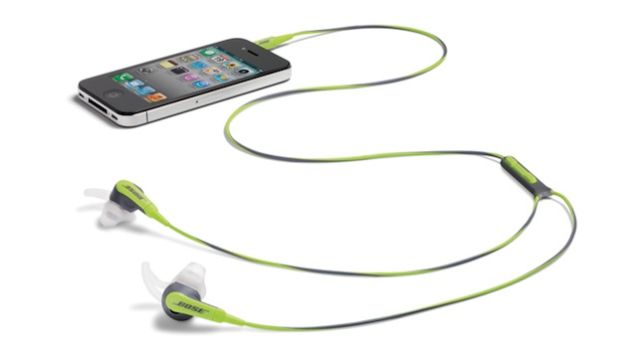 If you want to work out to music, whether your workout includes running, lifting, or aerobics, you probably want a set of headphones or earbuds that are up to the task. Last week we asked you which you thought were the best, then took a look at the five best exercise headphones. Now we’re back to highlight the winner.

Voting was tight all weekend, but the Bose IE2/MIE2 In-Ear Headphones (and, as many of you pointed out, the sport version of the same, the Bose SIE2, should be included in that group) took the top spot with close to 27% of the vote. They’re pricey at around $100 (the SIE2s retail for $150, but are closer to $100 at Amazon), but those of you who voted for them swore by their combination of sound, build quality, and durability, even over the other earbuds in the roundup that were specifically designed to handle athletics and exercise. 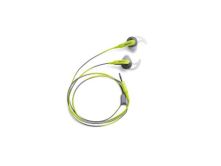 In second place with 23% of the overall vote were the Bluetooth-enabled Motorola S10-HD wireless headphones (although some of you also praised the Motorola S11-HD, the logical successor to the S10s). Despite varied reviews on its moisture-resistance in the discussions, most of you appreciated its snug fit, long battery life, and solid audio. The battle for third place was a close one, and the difference between third and fourth was only four votes. Still, the high-tech, highly-engineered, and completely wireless Jaybird Freedom/BlueBuds X took the third place spot with 20.7% of the vote, and the affordable, wired, perfect-fit, never-fall-out Yurbuds took fourth with 20.6% of the votes cast. Bringing up the rear were the Decibulls, with close to 9% of the overall vote, mostly because many of you appreciated their custom, moldable ear-tips that can be used with your existing earbuds—not necessarily their headphone models.