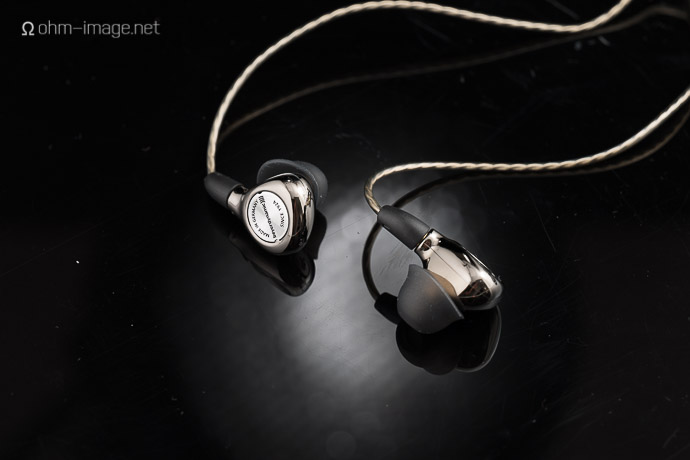 Disclaimer: Astell&Kern lent me the sample reviewed in this review. The AKT8iE mkii is a single dynamic driver earphone. It goes for 999$ USD. You can find out all about it here: THE ESSENCE OF TESLA TECHNOLOGY AK T8iE MkⅡ.

An earphone so slim, so light, so ergonomic, and styled so much like a damn mirrorball had every right to expect the screw eye from audiophiles. Instead, praise upon praise was heaped on the original AKT8iE. And for good reason. It nearly ticked every box important to audiophiles.

Then, reviewers and owners alike noticed issues with its MMCX, and internal wiring. Guarantee issues, complicated by the quasi OEM/designer relationship between A&K and Beyerdynammic, surfaced. It appears that mkii has addressed most of those issues. Still, if you’re keen on the mkii, I suggest purchasing from a vendor with a good return policy, or with good relations with Beyer/AK service departments. I don’t want to suggest it. I want to suggest that mkii is the earphone that capped the original’s build issues. It’s like Leica’s S: brilliant concept, elegantly designed for fast, ergonomic use, but plagued by autofocus motor burnouts. Later revisions appear to have addressed this, but the funk from the original remains. 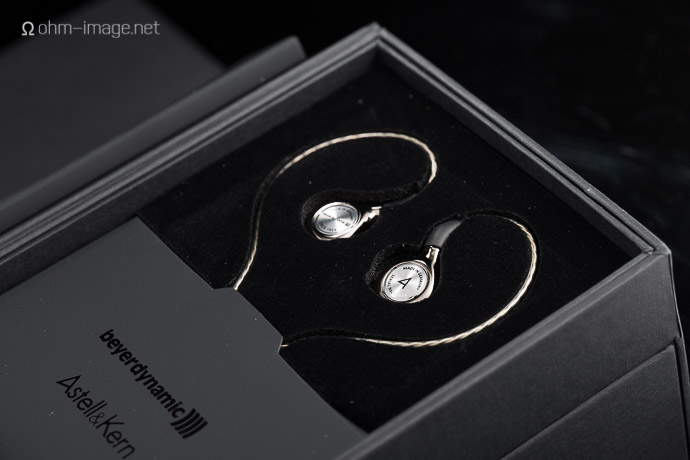 I’ve spent thirty minutes with the original, mostly at Fujiya Avic a year ago. What an experience. The mki was unforgettable. It was the most comfortable earphone I had ever put into my ears. And it sounded good. I’ve had mkii on my desk, in my shirt pocket, and plugged into everything from Apple’s Lightning to 3,5mm Headphone Adapter, Astell&Kern’s XB10, and an AK70, for about three weeks.

It grows and grows on me and is now my favourite single-driver earphone of all time.

Just like the original, a few over-engineered bits encumber the TK8iE mkii. Its hard-sided carrying case doesn’t compress nicely into tight spaces, bulging out in a shirt and trouser pockets. It’s like a luxury pill box and isn’t at all utilitarian.

The TK8iE’s elliptical sound tubes work great with the included ear pieces and help the earphone lay flat and suck right into the outer ear canal. But, if you want to use third-party options, they make it super easy for ear piece apertures to close in on the sound tube and muck up the sound. The included tips fit me like a glove. They fit so well in fact, that they make me question the utility of a custom earphone. Good fit comes first. All else follows. That said, a couple of pretty high-profile mates of mine can’t get the AKT8iE to fit well in their ears. I don’t know how this is even possible. Perhaps they want a really deep fit, or didn’t fiddle enough. Perhaps their ear canals are irregularly shaped. Whichever it is, outlier ear shapes probably will fit less well with the AKT8iE than with traditionally-shaped universal earphones. 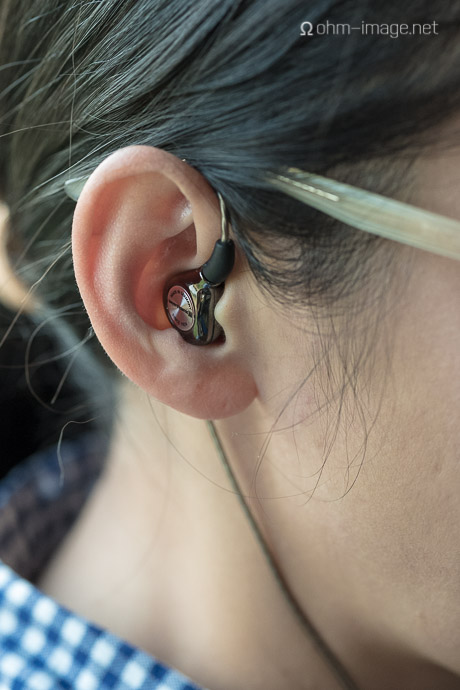 My wife’s lady ears are too small to comfortably house most earphones. But she gets on perfectly with the TK8iE mkii, which was a big surprise for her. Personally, the TK8iE fits like moulded glove. I’ve not used a better-fitting universal earphone. Brilliant.

The new cable is much thicker than the original. It isn’t ready to garrote a horse though. (Shame.) It distends and discolours when racked between the semi-taut forearms of an advertising photographer. It is far more robust than the twisted-pair cable packed in with Nuforce’s great-sounding HEM series, but hardly a robust monopole. The MMCX connector dully clicks into place and snaps away much more easily than the Sword in the Stone Ultrasone IQ. Only on the plug will you find stress reliefs, y-split cinch edges are finished about as roughly as the shirt clip, and the neck cinch slips down from time to time.

The steel shirt clip looks good from the front, but its rough side edges give it away as a quick pack-in. [update]Since the cable is mostly silent, the only thing it does is batten things down to your shirt- if that. Personally, I consider it a poorly-finished attempt at a value-add.

[update] Seated properly, the AKT8iE isolates about a step below a good-fitting custom. It isolates the outside quite a bit more than an Ocharaku, and about the same as a perfectly seated Campfire Andromeda.

The earphone shape is a perfect example of form following function. If it doesn’t fit your ears, you have funny ears. Its mirror finish scratches, as does the painted logo panel. The housings cleave well, with only a modicum of shift along the edges. And they are clear and reflective enough to play carnival faces when squinting close.