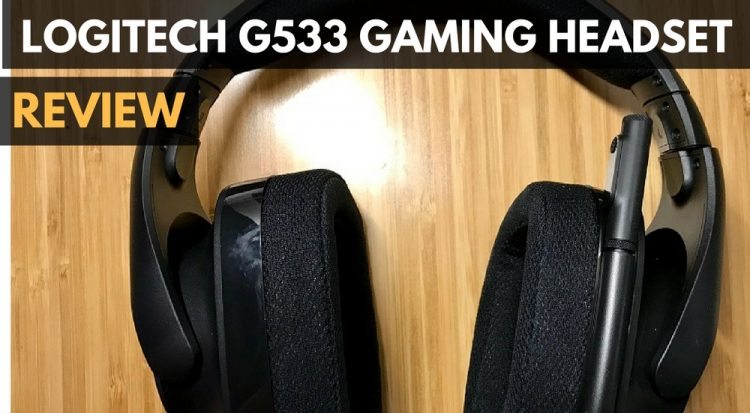 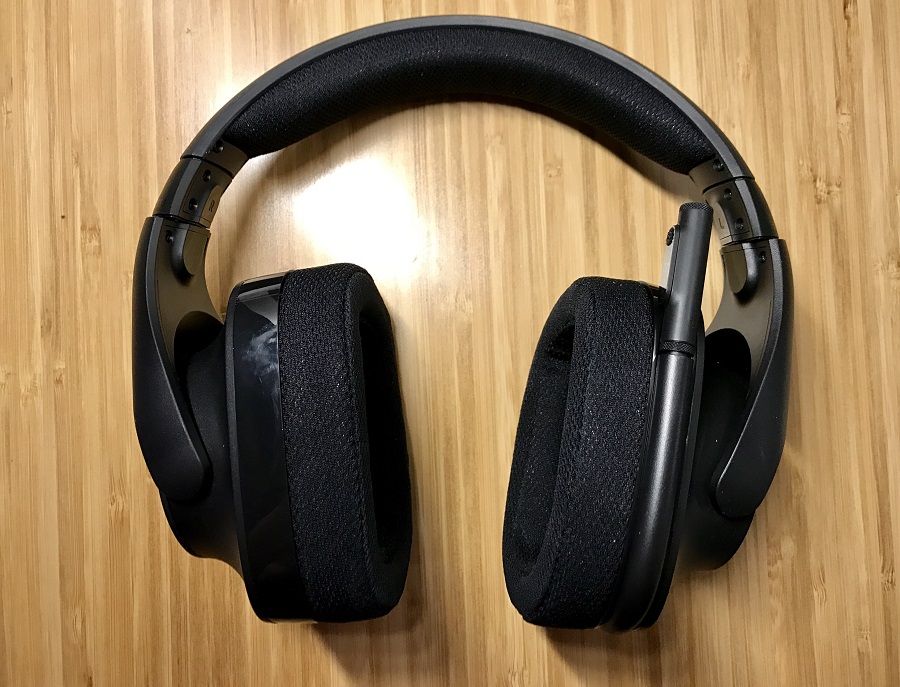 There are quite a few design changes that are immediately obvious in the Logitech G533 wireless gaming headset that downgrade things from its older brother, the G933. The most obvious is the lack of any LED lighting, which we assume was either removed due to the price breaks, or possibly just to save on battery. Other than that other changes include the move to an air weave type of fabric on the ear cups instead of leather, and a new headband design that takes on more of an oval-heavy arch style.

It took some adjusting (and about 15 hours of break-in time), but once we got the headband locked into position the headset was easy to wear for anywhere between 3-6 hours at a time. After six hours, however, the scratchiness of the earcup material would start to get unbearable and I’d need to take a breather for about 30 minutes before I could put them back on.

The Logitech G533 comes with an in-line retractable microphone, and uses the 2.4GHz spectrum to wirelessly transmit its sound, though the option to connect through either USB or a 3.5mm jack, and runs DTS Headphone:X 7.1 Surround Sound (Windows-only) in games that support it.

The volume of the headphones can be controlled through an infinite volume rocker on the left ear cup, and other features of note include the hard mic mute button tucked away behind the left earcup, as well as the micro-USB port used to charge the headset’s battery, which claims a 15-hour life during regular usage.

The Logitech G533’s microphone tucks itself away on the side of the left earcup when not in use, and folds down when you’re in the heat of battle. Unlike retractable mics with their flexible cords, this style means you can’t really adjust the positioning of the mic without moving the whole headset, so if that’s something you’re looking for you’re probably better off going with something like the SteelSeries Arctis 7 wireless headset instead. 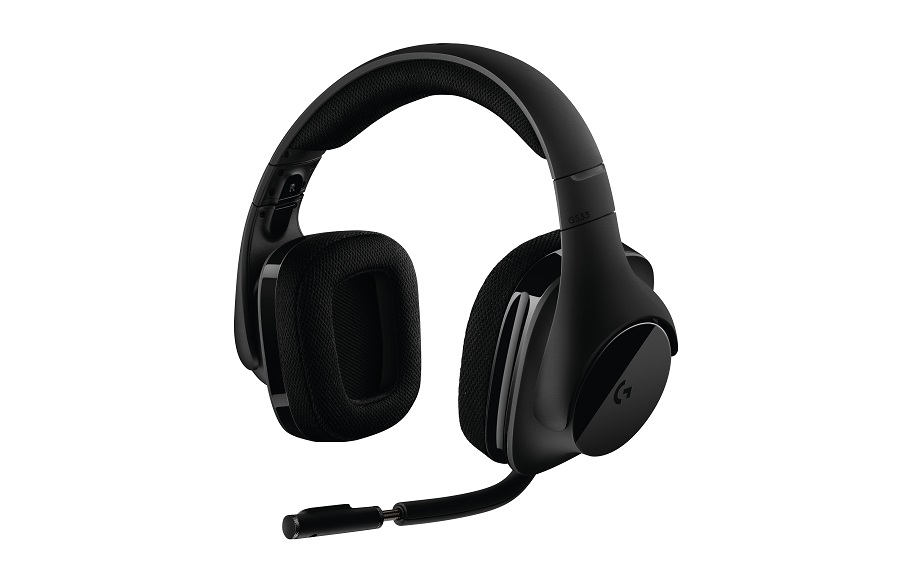 The Logitech G533 uses Pro G 40mm neodymium drivers to power its sound, and to test the performance of the headset we burned the drivers in over a period of 30 hours using various types of music played through both FLAC and 320kbps sources, as well as dozens of varied games and movies.

If you’re buying this headset as a gaming-only device, you’ll be more than satisfied with the expansive, responsive nature of the headset. In tests that were run in Battlefield 1, Overwatch, and League of Legends it was easy to pick out where a particular enemy was approaching from thanks to the included surround sound. From a gaming perspective alone, these headphones performed well up to spec and should be at the top of anyone’s post-Christmas, pre-CES shopping list.

Unfortunately, when it came to wireless sound quality in specific scenarios like music listening and movie watching, the results were a bit of a mixed bag. While the bass was okay on wireless, it lacked that punchiness and immediacy we’ve felt in other headsets before. There’s also a distinct lack of warmth to the sound quality, which I actually pin down to the material of the earcups than the drivers themselves. Without the complete seal you might get with other materials like leather or pleather, there’s a lot of airiness between you and rest of the world where bass leaks out and the feeling of being truly surrounded by sound tapers off.

All this returned when we changed over to the wired mode, however. With the USB cable plugged in there was a marked improvement across the board, though considering these are wireless headphones first and foremost, we would have liked to see Logitech find a way to bridge the 2.4GHz barrier better than this.

Lastly, thanks to the integrated micro pop filter on the flip-out microphone, the voice quality on the G533’s mic was well above the curve, and could even substitute for some higher grade desktop mics if you want to use it to record a video or as your main mic for streaming your gaming session online.

Using Logitech’s Gaming Software (the same used to manage the Logitech G503 gaming mouse we reviewed last year), one is able to pre-program sound profiles into the G533 that are completely application dependent.

This means that if you have certain settings you want to use in Counter Strike: Global Offensive and others that you want during a music listening session in Spotify, one only needs to swap between the two applications and the software will automatically make up the difference.

Even though it was possible to set individual listening profiles before, the fact that the G533 does this on its own after you set it up is definitely a huge selling point.