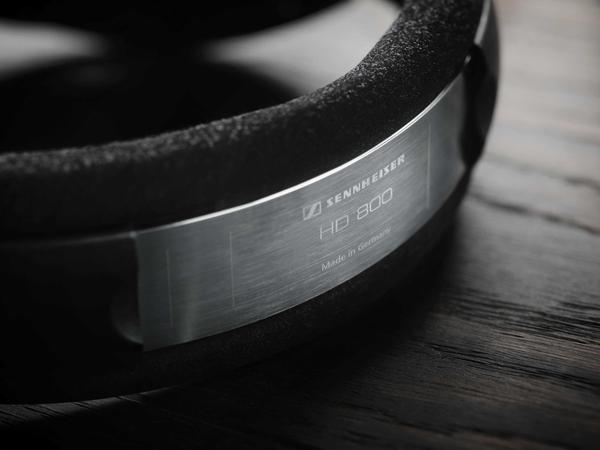 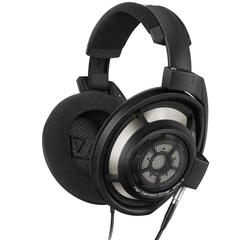 The Sennheiser HD800S is the recently ‘new & improved’ version of the original HD800, a sound revelation which revolutionized headphone audio when it was released back in early 2009. Now over six years later comes the updated HD 800S touting improvements in bass response, along with a hip black color scheme and an XLR-4 cord for use with balanced-drive headphone amps. So is the HD 800S really a compelling improvement over the first HD800? 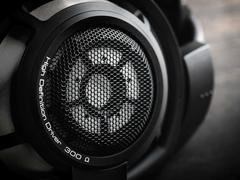 For listeners seeking to get into the reference HD800sound for the first time, going with the new HD800S is a no-brainer in our opinion. The HD800S offers all of the sonic strengths and acoustic performance advancements of the original but with a touch more low-end presence, which makes it sound slightly smoother overall and more musically cohesive to all of our Headphone.com reviewers. The perfect focus and pristine deep soundstage of this headphone is still amazing to us and remains hard to beat by any other headphone near this price.

And although the HD-800Slow-end response probably still leaves a little something to be desired for bass lovers and misses a tactile sense of authority (especially for funky soul or rock), given the choice we would all go with the HD800S over the HD800. Most of us also preferred the coolly understated new black color scheme over the somewhat more austere look of the original aluminum-framed HD800. The excellent form, fit and comfortable ergonomics remain identical in both models.

Of course, you can currently save a few bucks choosing the original HD800 which can be found at a relatively nice discount lately.

But our take is that given the somewhat nominal difference in price at this rarefied high-end level, it only makes sense to go with the new ‘S’ edition if you are seeking the best sound quality performance your money can buy. The ‘S’ model also provides an XLR 4-pin headphone cable in the box, adding a plus and allowing the cans to be used from either standard or balanced-drive headphone amps via the detachable cord system.

We have received questions asking whether / how long the HD800 will stay in Sennheiser’s future line-up now that the HD 800S is here, but it’s simply too soon to tell. Sennheiser does have a reputation for keeping some of its more traditional products in its line for decades (i.e., HD600) while others seem to fall away fairly quickly.  Our guess is Sennheiser will keep the regular HD800 around for a while but, frankly we’re not sure why anyone would want one now that the HD800S is available.

Of course, if you already own an older HD-800 headphone, that’s another story. In our opinion, we don’t think current Sennheiser HD800 owners necessarily need to shell out for the “S’ edition given the fairly incremental nature of the audible changes of the new edition.

And if you already have an original HD800 – or if saving a not-insignificant chunk of change on a ‘new’ first-gen HD800 stokes the penny-pinching angel on your shoulder – there are many free custom mods out in HiFi headphone land that will mimic the bass improvements of the HD 800Sand effectively close the performance to within an angel’s hair between the two models. The mod process is perhaps not for the faint of will, but you can check headphone forums websites like HeadFi to see what constitutes these HD800 modifications which, in theory, should get you to around 90%-95% of where the new HD800S currently lives.

Read More about the Sennheiser HD800S