Recently, we received a pair of Sudio Vasa Blå Bluetooth earphones. Promising studio quality sound, elegant design and 8 plentiful hours of battery life, it is priced at (a rather cheap for wireless earphones) S$165 at their site, with free shipping to Singapore. That means it’s in the same price range as Sony’s SBH 80s. For this review, I have collaborated with Shikhar so that we could give a combined opinion on what is usually a thorny topic — sound quality. 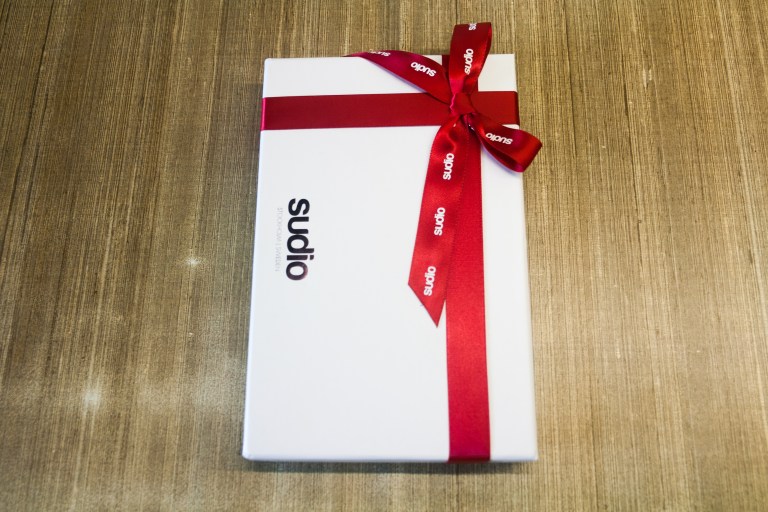 Without further ado, let’s dive into our thoughts of this Swedish beauty that is worthy of being mistaken for a design from Cupertino’s hallowed grounds. 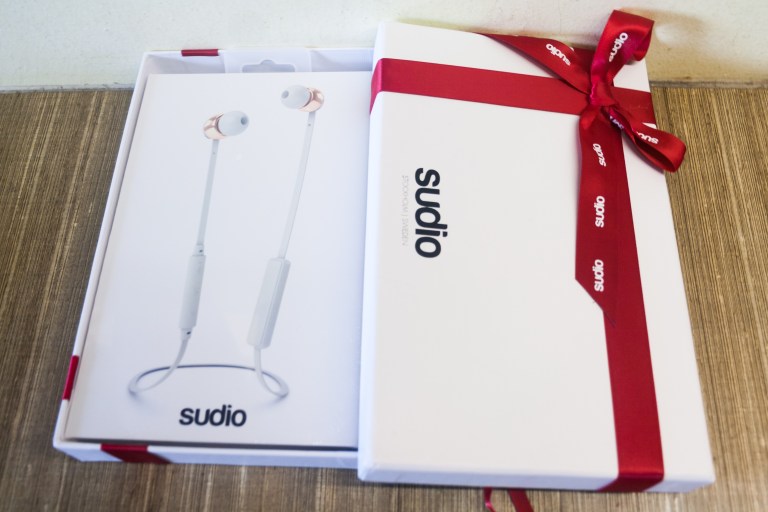 When I unboxed this beautiful pair, I noticed that Sudio seemed to have taken a page out of Apple’s book with regards to packaging. In the comfortably hefty white box that evokes a sense of minimalist elegance and class, lies the white cable with an earpiece on each end housed in a light, muted rose golden metal. Our model is the Rose Gold White model, but there are several other colours too. 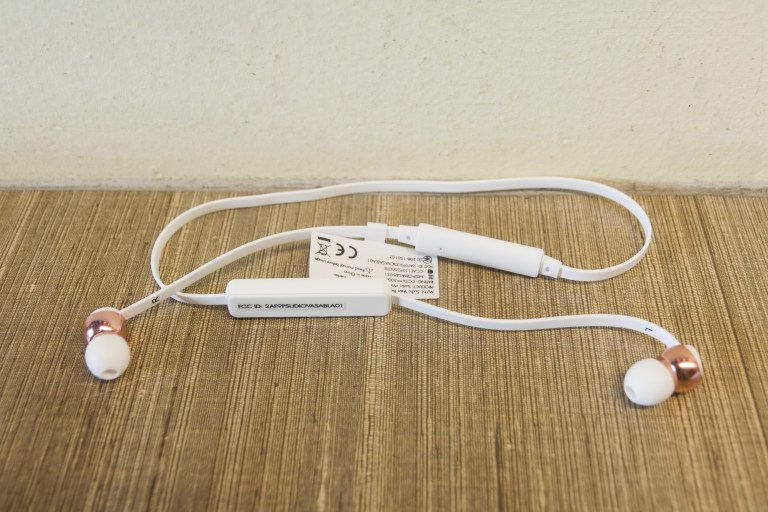 One side of the cable houses the microphone and quick controls, which allows for changing the volume and toggling play/pause along with making calls. The other holds the battery and a covered micro-USB port for charging the earphones. 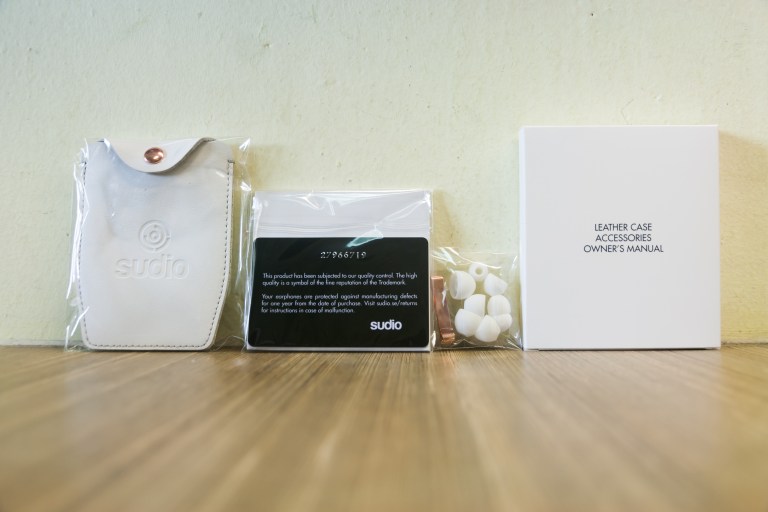 A textured white leather case comes in the box for protecting your earphones too, and the whole package is rounded off with the standard earbuds of different sizes.

However, I feel that the silicon eartips are very slippery, and I do not feel they are secure in my ears, despite having chosen the right size. I do have a bias against silicon eartips though, so take my opinion with a pinch of salt. I always prefer foam eartips because they are comfortable and shape themselves to your ears. 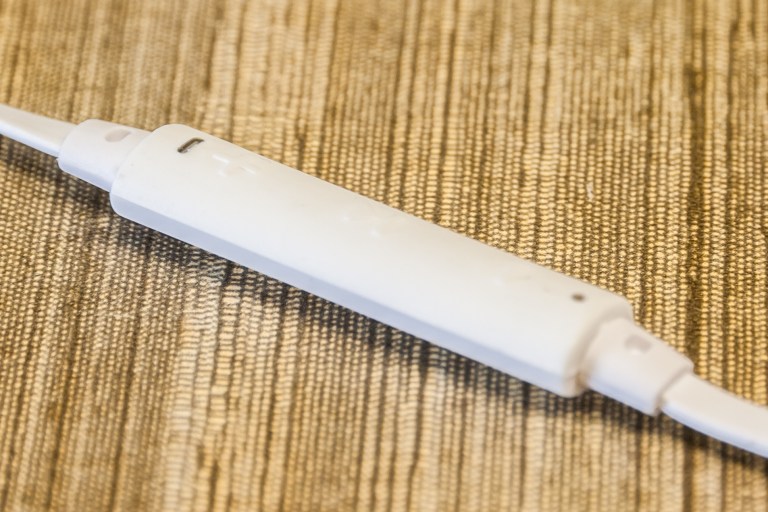 Both of us also feel that the controls and battery hang weirdly, and the battery weighs it down such that the controls are brought upwards, making them hard to find on account of being so close to the ear. It’s more natural to find the controls nearer to the base of the neck, which is why the other Bluetooth pairs I have reviewed, such as the SBH 80s and the Jaybird X2, have been designed in such a way. 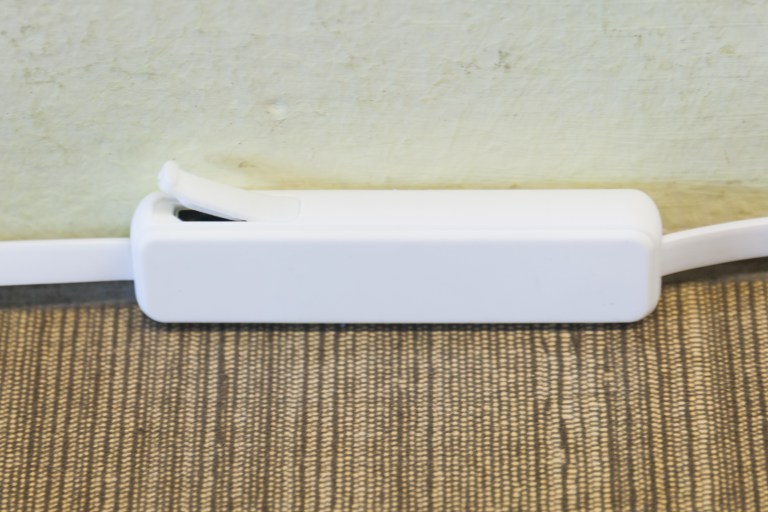 Secondly, the battery on the left shakes a lot, bouncing and creating a lot of cable noise that disrupts the music. The cable is also pretty short, and cannot be worn over the ears due to the controls and the battery being too close to the ears. In short it’s just awkward to wear over the ears.

In our opinion the design looks great and luxurious, but simply isn’t functional. It is nice to touch, with a soft rubber texture, and the earphones are light, at only 14g, which makes them pretty comfortable in the ears and reduce fatigue. 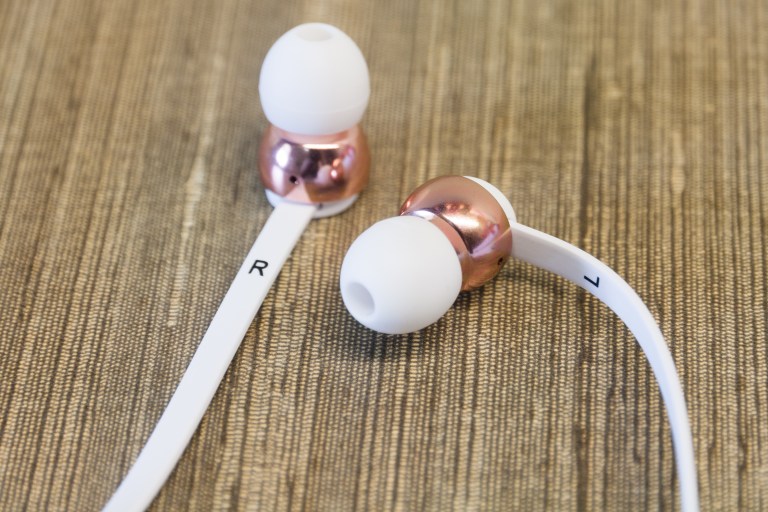 Now for the sound quality, which is probably the most important thing about a pair of Bluetooth earphones.

The sound quality is decent, but nothing to write home about. It is significantly improved with messing around on the equaliser, however. Using the Pop preset with cranked up bass works well, and the sound was more impressive after that, with good depth and great vocal/instrument separation. That said, results will obviously vary depending on the device you play music from.

Without any “cheating” (i.e. tweaking of equaliser settings), we found the bass isn’t very strong, yet feels too boomy and muddies up the sound. Good bass should sound powerful yet clear, but this is neither, which is a real pity. However, play around with the EQ, specifically to give it some extra bass and clarity, and you’ve got a proper jam going.

The Vasa Blå is capable of delivering good treble, but this doesn’t make up for not having enough separation in the music. The instruments all feel like they come from the same place, which causes a very tinny sound which is unfortunately not rich. This is a problem with many Bluetooth earphones, but I don’t think that’s an excuse when companies like Jlab (with their Epic Bluetooth earphones) and Jaybird (specifically the Jaybird X2) and Jabra (the Jabra Move and Sports Pulse are great Bluetooth earphones and earphones respectively) are capable of delivering great sound with amazing separation and clarity through Bluetooth.

On sound isolation, due to the silicon earbuds, I found it hard to say anything good about it, though Shikhar felt it was perfectly fine. It is of note though that I personally use the Shure SE215 wired earphones with up to 37dB of noise reduction, so my standards are incredibly high for sound isolation. Most people don’t care too much about it, or would prefer less isolation so they aren’t cut off from the world (which can be dangerous when crossing the road, for example). It is up to your judgement to decide how strong you want it. 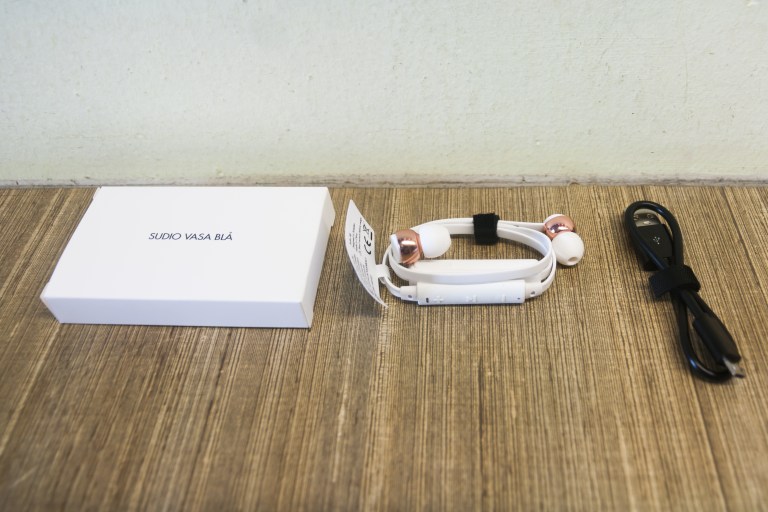 Lastly, the flat cables lend themselves to causing a lot of cable rustling noise, which is intensified when running or when there is wind. This detracts from the overall experience of listening to music. I’ve said it once and I’ll say it again – not enough people care about this, but when you’re out and about, walking or running with a pair of earphones, you’re invariably going to realise that the cable noise is annoying. The result? Buyer’s remorse, a resignation to the “fact” that cable noise is unavoidable (it is, technically, but it can almost entirely be removed with good cables, or just the absence of cables entirely a la the spectacular Earin pair), along with raising the volume to hear your music over the cable noise, which might just damage your ears if you aren’t careful.