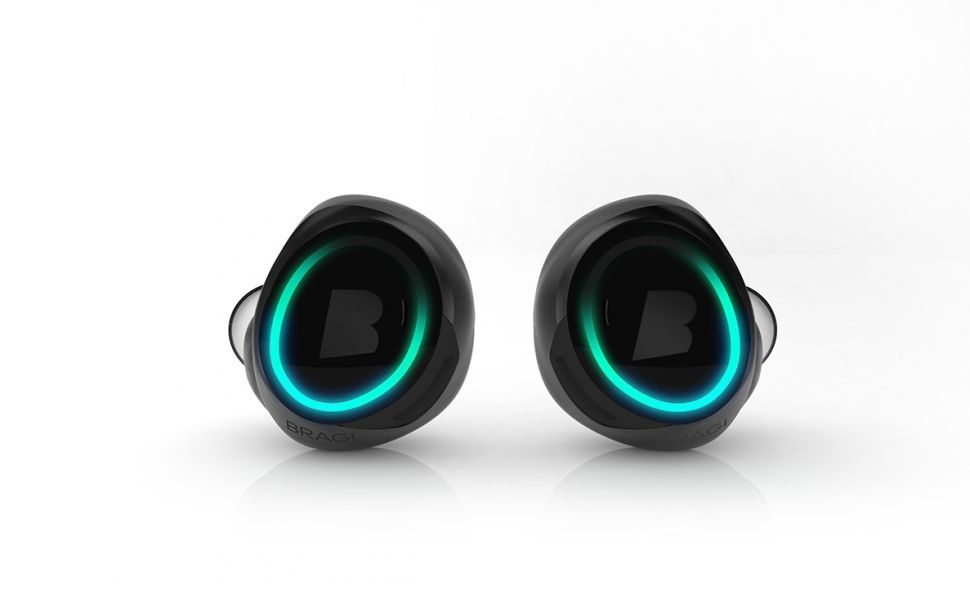 There are several truly wireless earbuds here that will be popular with athletes interesting in tracking their performance and training. Additionally, people who would prefer a minimal listening experience (or perhaps a more stylish one) are going to find plenty to like here as well.It’s very possible that these earbuds are going to be the best choice for listening to music while traveling because of their portability as well.

There are lots of popular wireless earphones, like those from Jaybird, but tethered earphones still seem pretty clunky IMHO. But it is different between wireless and wirefree.I guess there are plenty of people who feel the same way since several manufacturers, both large and small, are jumping on the truly wireless earbud trend.

Here I listed the seven best truly wireless earbuds to choose ,all of which have individual features and design cues .

Unlike the Earin and it’s dedicated, honed experience, the Bragi Dash bills itself as a smart earphone that does three things. First, and obviously, it allows you to listen to your favorite music. Second, it’s got a built-in mic to let you take phone calls on the go. But perhaps it’s most interesting feature is the ability to track your fitness performance — it’s a smart wearable for your ears that tracks things like heart rate, steps and duration. If you want to leave your phone at home while your out jogging, for instance, you’ll love the 4 GB of built-in storage which can hold about 1,000 songs. Additionally, the Dash also has some very intuitive controls: you simply swipe and tap on the earbuds themselves to control the devices (no buttons required). One cool feature I really like lets you mute your music and “actively listen” to the world around you without needing to take the earbuds off. Finally, the Dash comes with a sleek companion app that will let you fine tune the entire experience.

The Earin truly wireless earbuds weigh just 3.5 grams and measure only 20 mm in length. Translation? These are incredibly small and ultra-portable earbuds. But don’t think that means you’re going to be skimping on audio quality when you purchase these — you won’t thanks to the two dedicated amps. Earin’s philosophy is a bit different than other companies: they like their minimalism. That means the focus is truly on truly wireless earbuds rather than on being able to take phone calls (there’s no built-in mic) or track fitness statistics. But, if you’re into customizing your listening experience you’ll appreciate the accompanying app which lets you tweak each earbuds performance to your ear’s delight.

Samsung’s not sitting this category out: instead, they’re coming out with a sport-tuned truly wireless earbud system of their own called the Gear IconX. Yes, this will only work for Android users, and no it doesn’t really contain any groundbreaking features that you won’t be able to find on other truly wireless earbuds, but if you like the look and trust the brand these could be the best bet for you. Perhaps the one standout feature would be the in-ear coaching feature which aims to have real humans (recording, of course) motivate you through your workout. Like the Bragi Dash (which these earbuds seem directly aimed at) you’ll get 4 GB of built-in storage so you can bring about 1,000 songs with you and leave your phone and you can tap and swipe to control everything. 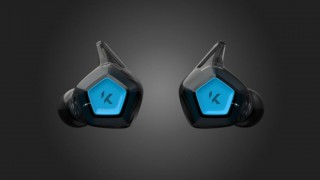 Right off the bat you can see that the Kanoas are quite different from other truly wireless earbud options. The design is truly different (and I happen to like the look a lot); it’s a bit sportier than most of the other earbuds listed here. Another thing that really sets the Kanoa earbuds apart from the alternatives is the fact that you can customize the fit to your ear thanks to the small, medium and large “jackets” that ensure a snug fit. Like the Bragi Dash and Samsung Gear IconX buds, the Kanoas are designed to track athletic performance. Using the app you will be able to see metrics like heart rate, calories, distance and time. The app also contains an equalizer for listening customization and lets you activate the “audio transparency” mode (like the Bragi Dash) to listen to whats happening around you.

The Motorola VerveOnes are yet another pair of truly wireless earbuds aimed at the athletic crowd. Unfortunately, these earbuds also lack performance tracking (like the Eratos above) and are really just rugged wireless earbuds. If, however, you like the look of these mostly black buds and dig the Motorola brand, these could be good options (although some reviewers have complained a bit about a somewhat less than comfortable fit). 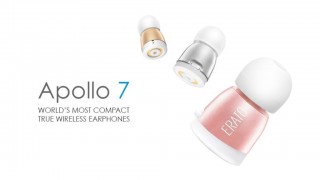 The Erato earbuds are pretty straightforward. While they look most similar to the Earin earbuds listed above, they differ in that they include a built-in mic so you can take calls and will also let you access Siri or Google Now (using the single touch, multifunction control). One cool feature is that the charging case can fully charge the earbuds twice before it needs to be recharged itself giving you extra versatility while away from home base. Athletes will appreciate the fact that these earbuds are waterproof (although they are missing the fitness tracking abilities of a few other earbuds listed here). And if you are a fan of the aluminum gadget look popularized by Apple then you might appreciate the four different metal color schemes to choose from. 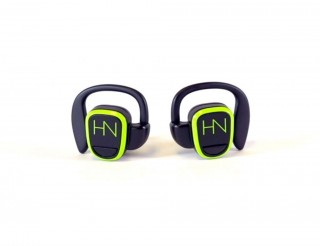 The HearNotes look quite a bit different than other wireless earbuds and I suppose thats fitting since they actually use a different type of core technology to deliver wireless audio than all the other buds listed here. Instead of using Bluetooth, the HearNotes make use of KLEER technology which delivers hi-fi, uncompressed stereo audio. Additionally, these earbuds benefit from interference immunity and are universally compatible with all devices. The big draw here though, at the end of the day, is access to lossless audio which means that these wirefree earbuds might just be the best choice for any audiophiles reading this article.