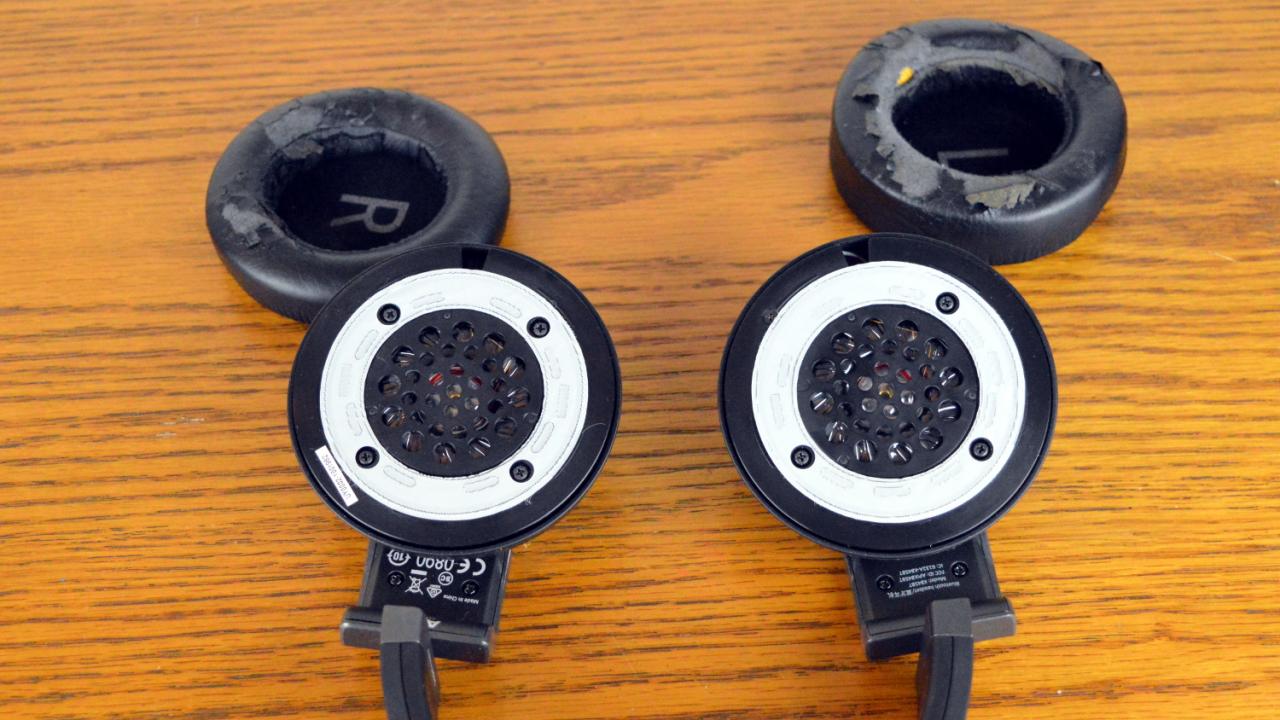 If you’re a tinkerer, or are simply interested in what’s inside your headphones, this article is for you — we took apart a pair of perfectly good, if not slightly outdated, AKG K845BT over-ear wireless headphones to see what we could find. Here are the results of that experiment.

The first level of tech you’ll find when you take off the ear pads on your headphones are the drivers — which are basically what produces the sound that you hear.

The first step is to remove the ear pads, which shows the outside of the drivers, along with a series of screws basically keeping everything into place. Considering ear pads are generally really easy to take off, its these screws that hold together your headphones.

Under the grill, which allows the sound through, you’ll see a membrane, under which can be found a magnet. When copper wiring, which we’ll see a little later, is wrapped around that magnet and electrified, it causes the membrane, or diaphragm, to move up and down — producing the sound.

The next step is to remove the screws you can see in the picture above — and that’s where the wireless headphone tech comes into play.

After removing the screws that hold the drivers into place, you’ll start t see a few wires — and a chip that basically contains the tech the wireless headphones require. In these particular headphones, the chip contains a Bluetooth transmitter and receiver, drawing power from the battery — which we’ll take a look at a little later.

From this chip, you’ll find wires that lead to the driver on the left, as well as on the right. This chip is also connected to the buttons on the headset. In this case, there are four buttons on this side of the chip, including a power button, volume up button, volume down button, and a play/pause button. If you look closely at the second image below, you’ll see those buttons labelled on the chip. 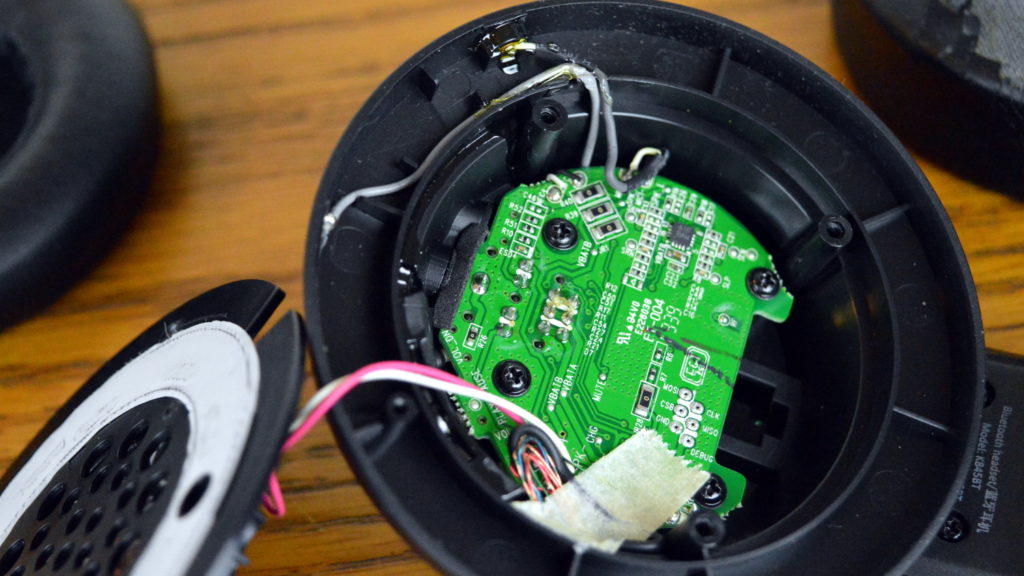 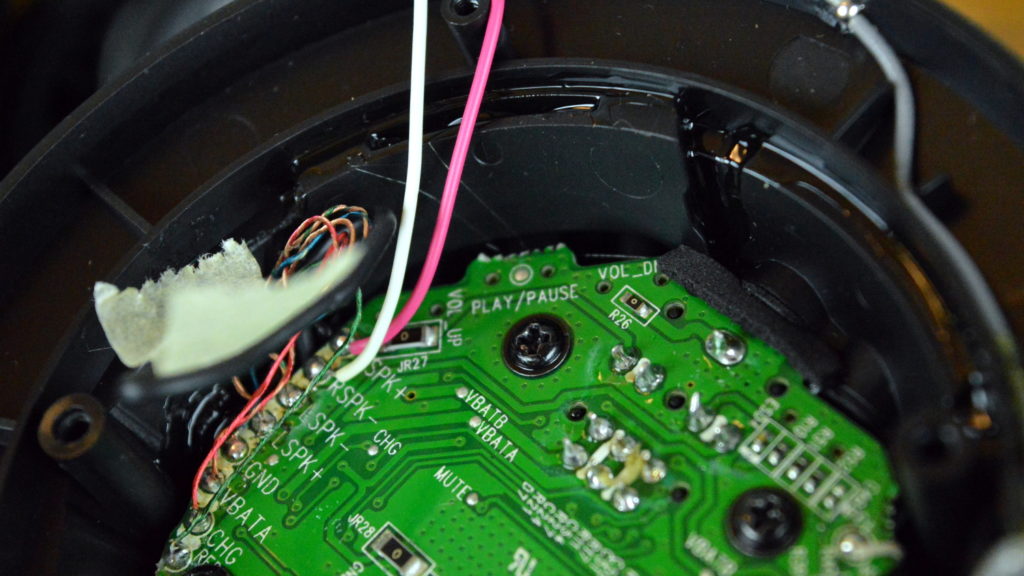 You’ll also find a 3.5mm input jack on the headphones, which bypasses the wireless features on the chip, and feeds the audio signal onto the amplifier directly.

Speaking of the amplifier, it’s also on the chip here — and basically amplifies the signal to a level that’s audible.

The gray wires that come out from the chip, we think, are antennas for the Bluetooth signal. The red and white wires connect to the driver, while the black wire connects to the battery on the other side of the headphones.

The other side of these headphones perform a slightly different function — the collection and storage of power. Here, the small chip is dedicated to regulating the power that’s drawn into the headphones, and it’s connected to a MicroUSB port that you’ll plug a cable into to charge. 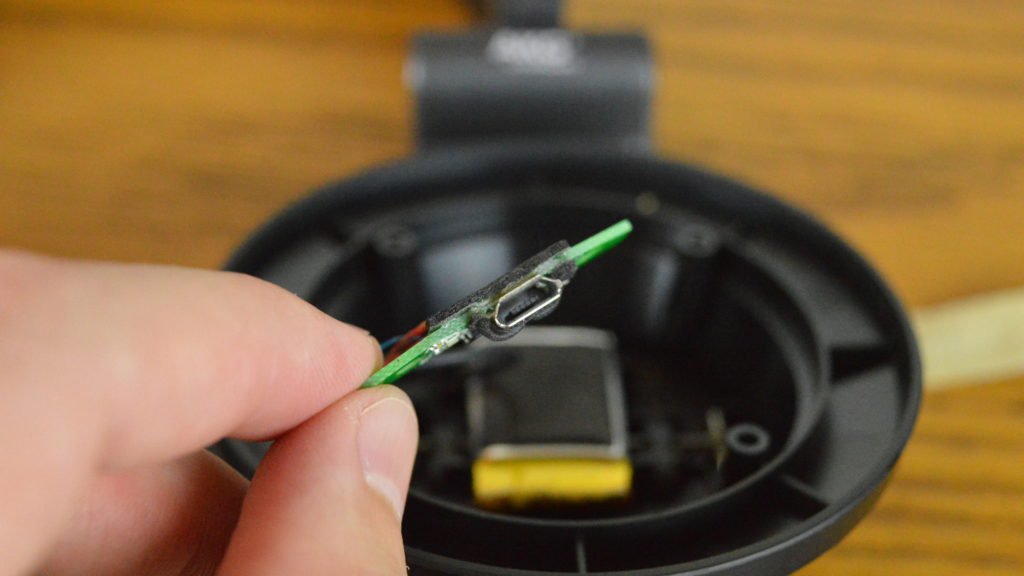 Then there’s the actual battery, which is under the black pad you can see. And, the battery is connected to a wire that feeds into the black wire, which runs out the top of the ear cup, inside the head band, to the other side of the headphones.

It struck is how small the battery in these headphones is. Sure, it would add extra weight, but it’s clear there’s a lot of room for manufacturers to play with how big of a battery they want.

Headphones feature a ton of tech, but they’re not overly complicated either. In some form or another, every pair of wireless headphones features the same technology in these ones. Sometimes, it’s miniaturized. Sometimes, on the other hand, it’s as large as it is here.