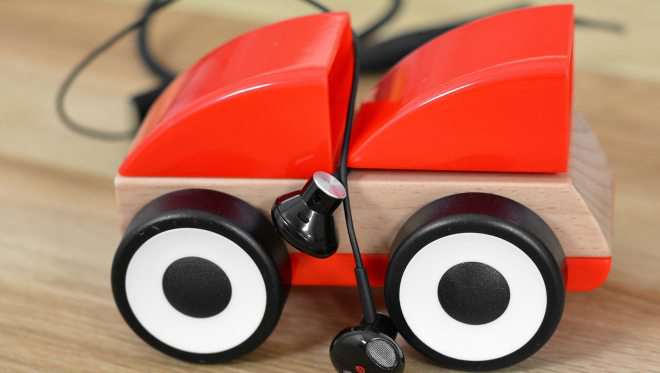 The Sony SBH70 is an IP57-certified Bluetooth headset that uses a tried behind-the-neck form factor with in-ear headphones with vented acoustical design. It is super light (50g) and extremely flexible and overall, a joy to carry and use.  The headset is compatible with Android and iOS and I went through this review using it connected to an Apple iPhone 6. As far as I know there are no features exclusive to Sony smartphones to speak of.  That doesn’t mean to say the Sony SBH70 is lacking in features, just on the contrary. 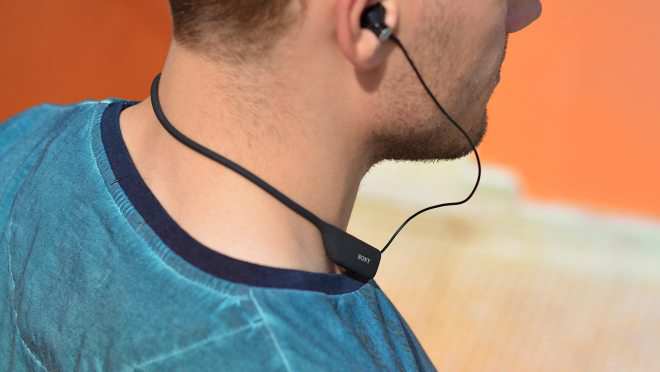 The Sony SBH70 is a flexible and lightweight Bluetooth headset with a behind-the-neck form factor. It uses a vented acoustical design much like the EarPods, which come with several of the past Apple iPhone generations. Sony’s earbuds however have a more premium feel than Apple’s as they are made out of metal. And of course, they’re wireless.

Probably the biggest selling feature of the Sony SBH70 however is its IP57 certification, which means the headset is practically waterproof. It’s not rated for use under water, but using it in the rain, or even dropping it in a puddle of water, should pose no threat for the Sony SBH70.

The retail box only offers a short micro USB charger cable and a quick user guide. Of course, you can always use any microUSB phone charger, so you will always have other options for topping up some juice.

Honestly, you won’t need to look for an outlet that often as the Sony SBH70 offers pretty good battery life. Sony claims that the 125mAh battery inside the headset will deliver up to 6h of music streaming or up to 8.5 hours of talk time. That doesn’t sound like an awful lot but it easily got me through a week’s worth of commutes.

LG HBS-800 Tone Ultra Bluetooth headset has a 195mAh battery and provides up to 10h of music streaming and up to 10h of talk time, which, proportionally, comes to about same power efficiency. Of course, the LG headset is also heavier and it doesn’t have any enhanced water resistance.

The headset notifies you of various events with mild vibrations – that includes turning it on and off, connecting to a phone, incoming calls and of course, battery low warnings. Some of these are also joined by a subtle tone playing in your ear and you quickly learn to recognize the reason for the alert. 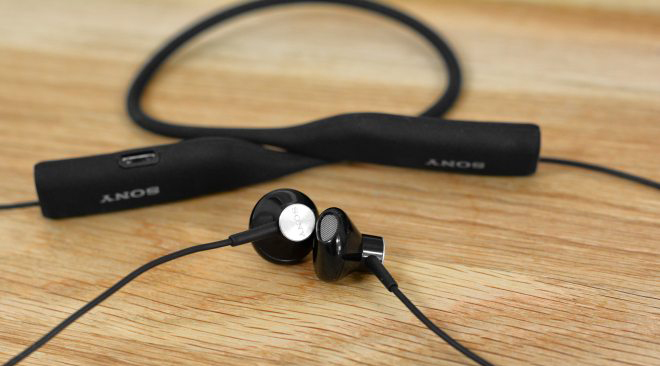 The Sony SBH70 is a joy to use, and to even just touch really. The soft touch rubberized surface feels amazing. Its matte surface tends to pick dust and miniscule clothing threads more easily than glossy plastic, but it’s nothing major and I would still take this sort of finish over anything else.

For listening to music

Of course, bass levels can never match those provided by headsets which seal the ear channel like LG HBS-800. Of course, the sealed ear channel design comes with its own set of drawbacks – decreased situational awareness, uneasy under-vacuum feeling, hearing your own breath unnaturally – which may not be to everyone’s taste. Sealed ear channel designs are a love it or hate it affair, so if you don’t like it, but you still prefer using earbuds rather than over the head headphones, the Sony SBH70 is one great choice.

One thing to note is that the Sony SBH70 not as loud as either my LG HBS-800 or my Apple EarPods. I measured a maximum loudness of 96dB with my loudness meter, while the LG HBS-800 packed 105dB, which is noticeably louder. Not that it’s recommended to use music at this loudness level for prolonged times, but it’s nice to have that sort of power if you use it responsibly. Also listening to music at the maximum loudness level on the Sony SBH70 with less-than-top-quality sound tracks is not pleasing as you can hear the occasional clipping in the low section when the bass overwhelms the drivers.

The Sony SBH70 is an excellent headset and moreover for a price of €60/£45.59,  it certainly deserves your consideration. And that’s without even mentioning ih has extra weather and water-proofing. For my commutes, I still prefer an earbud design that seals the ear channel better thus providing a much better bass perception but this sort of thing is strictly a matter of personal preference. There is no right or wrong design; there are just different user needs. If you are after a Bluetooth headset that doesn’t seal the sound from the outside world, the Sony SBH70 is one seriously impressive product even if you are not using any other product by the brand.